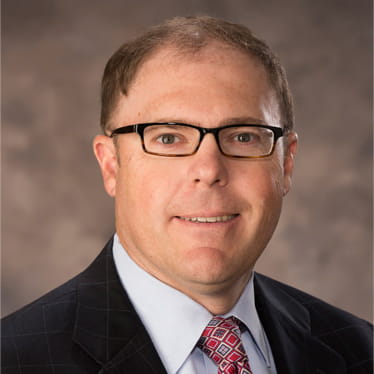 Michael is an accomplished senior executive with more than 20 years in the payments and financial services industry. Michael is acknowledged by senior teams, customers, and colleagues for his visionary leadership, developing collaborative relationships, creative problem solving, and building cohesive work environments. Prior to joining TransFund, Michael was with Discover, Mastercard, and American Express where he held various roles of increasing responsibility. Michael is known as an industry leader in advocating on behalf of TransFund customers with Visa, Mastercard, and multiple PIN networks. Michael currently sits on the board of Youth Services of Tulsa and has served as a Tri-Chair for The Tulsa Area United Way Annual Fund Campaign. 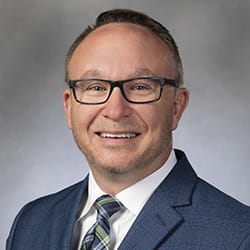 David started his career in the U.S. Navy where he worked in South America conducting Drug Enforcement Operations. With a Master of Business Administration degree and more than 25 years of Operations, Relationship Management, Sales and Marketing experience within the Debit and Credit Card Industry, he is considered an expert in this field and often speaks at industry trade association meetings. David has a very progressive approach which has allowed him to assist community financial institutions with growth oriented EFT marketing solutions geared toward attracting new customers and increasing non-interest fee income. David assisted in pioneering the “My School Card Program”, which created significant revenue growth for the community financial institutions his team has worked with and also benefited hundreds of schools across the nation. 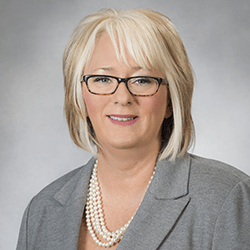 Ashley leads projects, conversions and ATM technical services at TransFund and has more than 25 years in the credit card, telecom and EFT processing arena. Prior to her current role as Manager of Projects and Conversions in 2014, Ashley had 10 years of experience as a Senior Project Manager and Senior Relationship Manager at TransFund. During her tenure, Ashley has been closely involved with the constant changes surrounding the EFT industry and gained extensive expertise and knowledge from working closely with the network brands, core processors and financial institutions. Ashley’s familiarity of the industry and customer service experience help her deliver the quality customer service, project management and industry knowledge that set TransFund apart from our competitors in the industry. 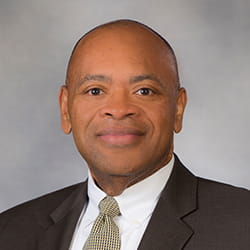 Russell has spent more than 30 years in banking and merchant services, with over 23 of those years at TransFund Merchant Services. Since joining TransFund, Russell has successfully planned and managed the system conversion of its merchant program, which originally included 15 financial institutions and 1200+ merchant sites to a new processing system. Merchant Services has since increased to 200 financial institutions and 6,700 merchant locations with volumes in excess of $1.2 billion per year. He has been instrumental in establishing the operational aspects of four additional front-end solutions (customer interfaces). During his tenure he has successfully implemented product solutions such as: On-line (Pin) Debit Card processing, Gift Card, EBT, Online Reporting, Credit Card Lockbox, Wireless, Internet; as well as policies/program such as: PCI/DSS, Bank Secrecy Act, Customer ID, Patriot Act, OFAC, FACTA, FACTA-Red Flag and many more. 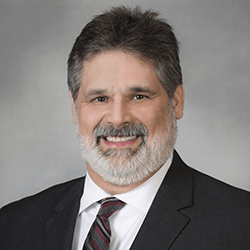 Patrick has led the TransFund Information Services team for the last 10 years and has more than 27 years of experience in numerous Operations and Information Technology (IT) roles in the banking industry. As Information Services Manager, Patrick’s responsibilities include leading the support of TransFund’s in-house developed Billing, Application and Data Warehouse environments. During his tenure in TransFund, Patrick has built a strong and flexible team and systems that are capable of handling the needs of the ever evolving EFT Industry. Patrick has implemented many notable banking systems during his time in IT including the Wire Room, PegaSystem Adjustments, and DSS Return Items, and he engineered and integrated the Item Processing legacy environment to image based in support of Check 21 which included the upgrade and conversion of four Item Processing Centers in three states. His experience analyzing opportunities and developing solutions as a profitability analyst early in his career embedded cost control and efficiency as core values that still stand strong today. 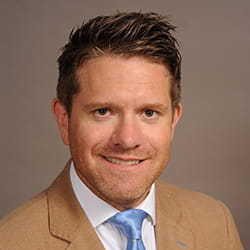 Chris heads TransFund’s operations, learning and development, and global strategic initiatives. With more than 20 years of EFT/ATM and payment processing experience, Chris is recognized as a dynamic and critical leader who absorbs the landscape from the lens of multiple perspectives, thereby delivering strategy and solutions which best fit the needs of the client and company while accelerating delivery, simplifying integration, strengthening performance and enhancing communication. He shared that “excellence is influenced by a few primary elements – capacity to listen, communicate openly and own what’s in front of you – find the balance and you’ll always deliver more than expected.”  Chris previously led ATM Services at FIS, engaging with leading 2,000+ small-to-large scale FIs and ISOs on strategy, deployment and operational support across a 100,000+ ATM network. Prior roles of increasing accountability were held at eFunds, Metavante and M&I Data Services. 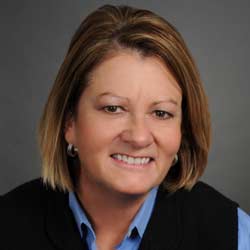 Stephanie Palmgren is a 35-year veteran of financial institution and EFT marketing. Since joining TransFund in the early 90s, she served the company for ten years as an outside sales consultant and has led the marketing efforts for more than 15 years. She is responsible for the development of many of the network’s popular card programs, as well as marketing efforts that helped TransFund experience strong and consistent growth throughout the years. As manager of the TransFund Marketing team, Stephanie is focused on offering unique, customized solutions designed to grow the portfolios of financial institution clients. Prior to her career at TransFund, she served as marketing director for a number of Oklahoma financial institutions both large and small. 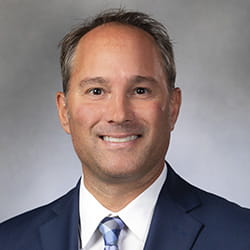 Brian has more than 20 years of experience in client strategy, strategic partnerships and business development across the financial services, enterprise loyalty engagement and software technology industries. Brian’s responsibility at TransFund is to lead and support the Relationship Management team and elevate TransFund's client engagement strategy to deliver best-in-class service to our customers. Throughout his career, he has found success in the introduction of new products and services that drive revenue and earnings growth for clients. Brian believes in the importance of strong client relationships and optimizing each customer’s portfolio to reach its greatest value. In his many years of managing a team, Brian has implemented process improvement strategies in collaboration with cross-functional teams that result in higher levels of service and enhanced product offerings. 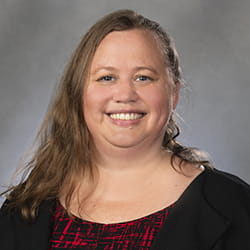 Emma has more than 20 years of experience in the ATM space. She garnered a wide-range of knowledge across multi-vendor hardware and software platforms, back-end switches and monitoring systems through her years with First Data Asia Pacific. She also has experience owning and managing large fleets of more than 3,000 ATMs within complex environments while working for Westpac Bank in Australia. Emma currently manages the ATM technical project team for TransFund and brings her technical expertise to help assist customers in managing their own fleets. She understands the importance of personalized customer service in a rapidly changing and challenging technical environment. Emma moved to the United States after being invited to participate in a PhD program, which she completed in 2018, and then relocated to Tulsa, Oklahoma to work for TransFund. 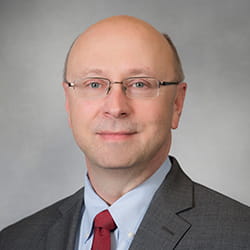 Jeff has worked in the EFT industry for 25 years and has extensive knowledge and experience gained through the growth and complexity the industry has undergone in those years. Jeff has been with TransFund for 22 years working several years in operations, fourteen years as a senior account manager and the past six years as TransFund’s Product Manager. Jeff has managed the financial institution experience and understands how changes in the industry impact financial institutions bottom line, consumer experience and financial institutions employees. As Product Manager, Jeff now focuses on products, emerging trends, federal and network compliance and rules, client communications and overarching TransFund projects. 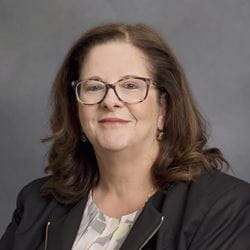 Julie is a 30+ year EFT Industry veteran. She has held positions in R&D, Product Management, Sales/Account Management, and Call Center Management. Prior to her current role as Vice President, Product Manager, Julie was with Elan, Fifth Third Bank, and Fiserv where most recently she managed the Relationship Management Team responsible for over 2300 financial institutions. Julie is passionate about client services and brings that passion to the delivery of value-added products for TransFund clients.